Many of us know about kratom and how it has surged in popularity in the Western world. As one delves into kratom culture and learns more about the plant, it is inevitable to come across kava. Often used interchangeably for their euphoric effects, both kratom and kava have been used by local communities traditionally for many years. Despite their similarities, kava and kratom are very distinct.

Kratom or Mitragyna Speciosa is a tree in the coffee family. Originating from Southeast Asia, it is traditionally chewed or made into tea to boost energy, relieve pain, and for relaxation purposes. In the local community, it has been used to treat a wide variety of common ailments such as pain, fever, and diarrhea.

Kratom contains two main alkaloids: mitragynine and 7-hydroxymitragynine. These substances interact with opioid receptors in the brain to produce the desired effects. Kratom products are made from the leaves of the kratom tree. Kratom can be broadly categorized based on the different veins: white vein, red vein, green vein, and more. Kratom classification is difficult as there are many different kratom strains available.

Kava or Piper Methysticum is of the pepper family native to the Western Pacific. In the local Pacific Island communities, kava has been used for traditional ceremonies or to relax after a long day. Kava products are made from the roots of the kava plant and marketed in the Western world as a dietary supplement for the management of insomnia, stress, anxiety, and premenstrual syndrome.

The locals have cultivated kava throughout the years by planting cuttings on different regions. While this means that kava plants should have the same genetic profile, kava genes have been forced to change as they are grown in different areas. These different strains are produced due to the activation of specific genes, a concept known as epigenetics. This has resulted in many different strains of kava, each with their own unique effects. Kava strains include heady kava, heavy kava, and balanced kava.

Kratom vs Kava: The Similarities

Before exploring the differences of kratom and kava, it can be helpful to first understand their similarities:

Kratom leaves are often dried and crushed to create kratom powder which can be taken by itself, added into food or drinks, or made into tea. Similarly, kava is often prepared by adding water to ground kava root to create a tea. Both kratom and kava are also available in capsule forms. For these reasons, many consumers often confuse kratom and kava. Additionally, kratom and kava teas are often sold together in some bars across the country.

Both kratom and kava have stimulating and sedative effects. Kratom effects are dose dependent. A low dosage results in an energy boost and decreased inhibition. Higher dosages of kratom brings pain relief, mood elevation, and has a more sedative impact.

Like any other supplement or medication, both kratom and kava can cause side effects especially if it is used in larger than recommended doses or in combination with other medication. Some of the possible side effects of kratom include nausea, vomiting, irritability, appetite loss, constipation, and more. Potential side effects of kava are liver damage, fatigue, depression, etcetera.

Kratom vs Kava: The Differences

There are several main differences between kratom and kava:

One of the most important differences between kratom and kava is how they interact with the brain. For kratom, the alkaloids Mitragynine and 7-hydroxymitragynine act as opiate receptor agonists and influences the mu and delta opioid receptors to stimulate serotonin and norepinephrine receptors. Although kratom is not an opiate, it produces effects similar to opiate drugs. For this reason, kratom is often sought after for its analgesic effects. It is also used by those addicted to opioids to help with their withdrawal symptoms. Like opioids, users can develop a tolerance and addiction to kratom.

Comparatively, kava has a very different pharmacology from kratom. The main active substances in kava are known as kavalactones which account for more than 90 percent of the active ingredients in kava. Kavalactones interact with the limbic system in the brain by influencing GABA receptors to stimulate dopamine receptors. The limbic system is associated with motivation, emotional behavior, and emotions. While kratom can be addictive, kava is not.

Another major difference would be the legal issues for kratom and kava. Kratom has gone through several rounds of scrutiny by the Food and Drug Administration (FDA) and Drug Enforcement Administration (DEA). Due to kratoms potential therapeutic effects, the ban on kratom has not happened yet. Although not illegal, kratom has been listed as a drug of concern. In other countries such as Thailand where kratom thrives and is widely used by the locals, it has been outlawed since 1943. Despite talks of decriminalizing kratom, it has yet to happen. Kratom use is also prohibited in Malaysia, another country where kratom grows naturally and has been traditionally used by the locals.

Meanwhile, kava is gaining worldwide acceptance. Although it was banned in several European countries such as Switzerland and Germany due to its potential for causing liver problems, the ban was lifted in 2015 after studies show that reports of liver issues were due to other contributing factors. In the United States, kava is categorized as a herbal supplement and has been legal for more than 20 years. Across the country, kava bars are popping up everywhere to offer an alternative to alcohol.

Kratom has a higher potential of addiction especially if abused. The risk of addiction is higher especially if high doses are used long-term. Kratom addiction can lead to withdrawal effects that are similar to opioid withdrawal. Kava has not been found to be addictive. However, kava use can be habit forming resulting in abuse that leads to serious health consequences.

Comparing both kratom and kava, kratom is the more potent out of the two. Kava produces milder effects while kratom use results in effects that are noticeable especially with large doses. Since kratom is more potent, beginners should start slow with small doses before gradually increasing their dose to achieve their desired effects.

Table Summary of Kratom Vs Kava

To make the mix, start by preparing the kava tea. Once ready, add in the kratom powder. Keep the kratom dose around 10 to 20 percent of the total dose. For example, if the user’s usual kava dose is 10 grams, the mixture should consist of 9 grams kava and 1-gram kratom or 8 grams kava and 2 grams kratom. When mixing, always start with a lower than usual dose as the effects amplifies each other and can be much stronger than anticipated.

On the surface, kratom and kava may seem like they have a lot of similarities to the point where many people find it confusing. Both these traditional herbal supplements are sought after for their many benefits such as pain relief, euphoria, and relaxation. However, upon scrutiny, these two herbs are unique with differences worth looking into. For beginners, kratom is easier to handle as the effects are highly dependent on the strain and dosage used. In comparison, kava can deliver inconsistent effects despite highly precise doses.

Where is my Order?

Does Kratom Go Bad – How Long is Your Kratom’s Shelf Life? 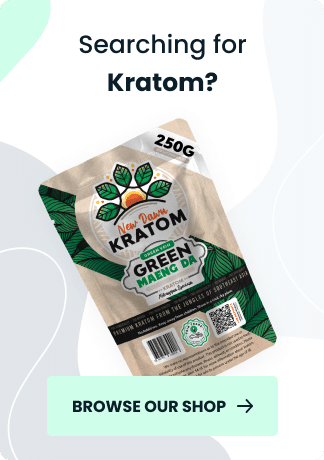 Latest Kratom News & Articles
It’s important to be well informed and we’re here to help you learn about the benefits, risks and types of kratom. 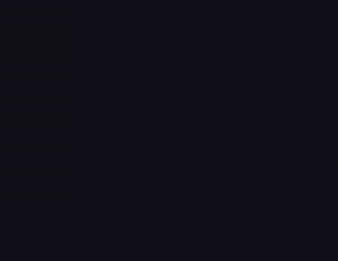 Kratom Powder
Lorem Ipsum is simply dummy text of the printing and typesetting industry. Lorem Ipsum has been the industry’s standard…

Kratom Capsules
Lorem Ipsum is simply dummy text of the printing and typesetting industry. Lorem Ipsum has been the industry’s standard…